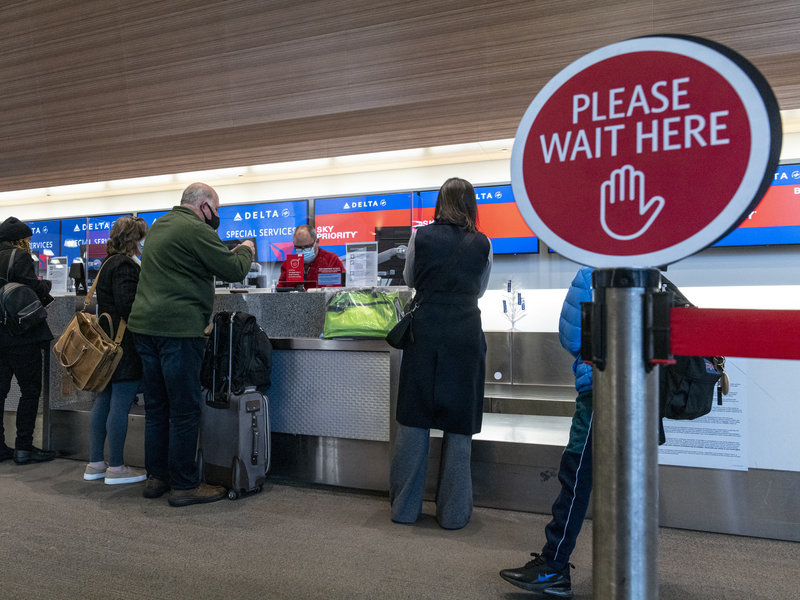 The Biden Administration is considering new travel restrictions as we detect more cases of COVID-19 variants in the United States and throughout the world.

A highly-contagious variant originally discovered in the United Kingdom, known as “B117,” has spread to 34 states. It is also “surging” in Florida.

B117 currently represents 15% of new cases in the Sunshine State (up from 1% at the beginning of the year). Researchers expect that number to double each week.

“In addition to what we’ve been asking of the population – masks, distancing, avoiding large gatherings – I think people should consider avoiding travel, especially to tourist destinations where there’s a greater chance of disease spread to individuals who can take it to more places,” says Robert Bednarczyk, a public health expert.

Florida Governor Ron DeSantis, who has kept the state’s economy relatively open compared to other states, has already made it clear that he will oppose any domestic travel restrictions.

“Instituting a travel ban, or any restriction of movement between the states, would be an outrageous, authoritarian move that has no basis in law or science,” adds Florida Senator Marco Rubio (R).

This policy would require a “42% increase in testing capacity” and is “not scalable, feasible, or effective,” argues Tori Emerson Barnes, executive vice president of public affairs and policy at the US Travel Association.

Health officials argue that the arrival of the COVID vaccines makes it even more important to slow the spread.

“Right now, we’re in a race with the virus trying to get people vaccinated as quickly as possible, and B117 is one of the most serious threats to that,” says Stephen Kissler, an infectious disease expert. In addition, research indicates that patients who have recovered from COVID are not protected from a future infection.

“No decisions have been made, but we certainly are having conversations across government,” said one White House official. “This is a war and we’re at battle with the virus…War is messy and unpredictable, and all options are on the table.”

The Public Health Service Act of 1944 gives the government authority to restrict travel between states during a pandemic. However, the government has never applied the law to entire state populations.

Courts would likely block such a move, explains Meryl Chertoff, an adjunct professor at Georgetown Law. “That’s a very severe restriction on personal liberty…If one took that to court, the question would be: Isn’t there a less restrictive means to accomplish that objective?”

The courts would be more receptive to travel restrictions that only affect individuals confirmed to have the disease, she adds.

Author’s Note: This is very disturbing. If the Biden Administration passes an edit restricting travel between states, the American people will not stand for it.