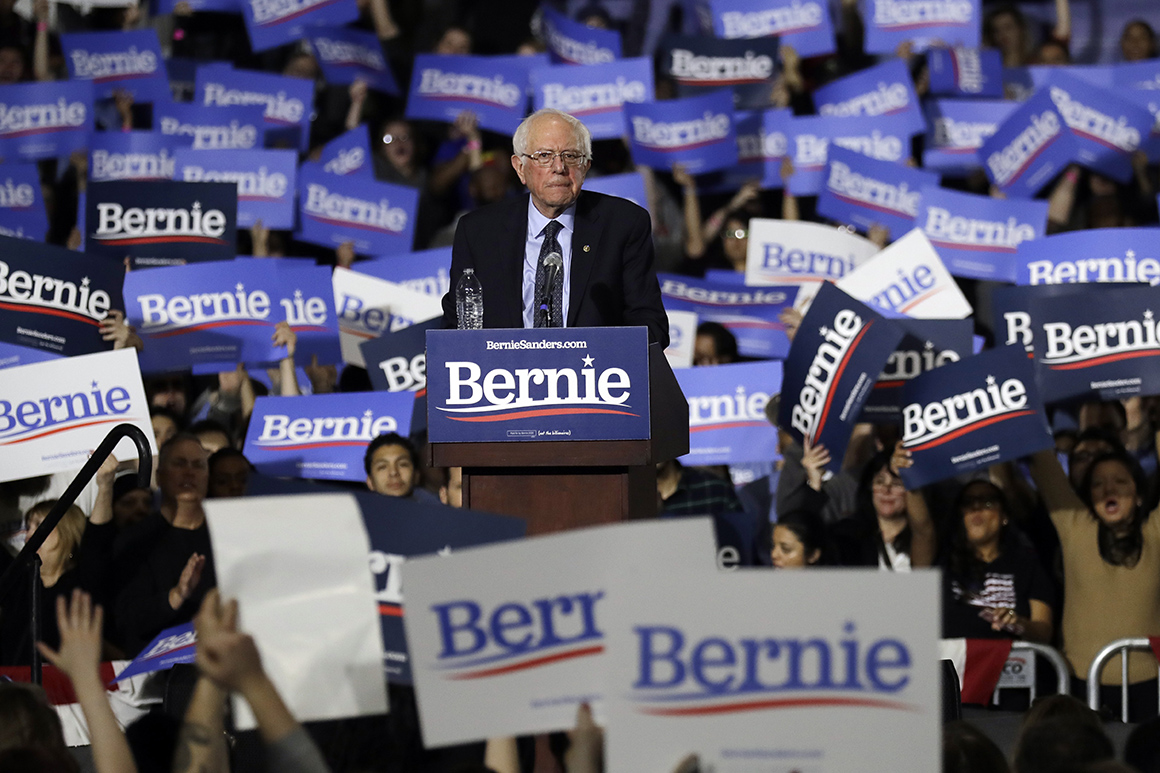 A new poll may spell double-trouble for the second time around second place finisher, Senator Bernie Sanders. According to Fox News, a new poll suggests that two factors –his age and his self-identification as a “democratic socialist” could hurt the independent senator from Vermont if he ever reaches the 2020 general election.

The respected NBC News/Wall Street Journal public opinion survey tested 11 different presidential characteristics among registered voters nationwide. The most widely accepted – is an African American (87 percent said they were “enthusiastic” or “comfortable” with that characteristic), a white man (86 percent), a woman (84 percent), and gay or lesbian (68 percent).

The least popular characteristics? Being over the age of 75 (37 percent) and a socialist (25 percent).

Sanders – at 77 – is the oldest declared or potential presidential candidate in the 2020 field. And he’s been repeatedly labeled by Republicans as a socialist. So, to paraphrase that old gum commercial, that’s, “two, two, two flaws in one.”

Of the two problems, it seems that Sanders’ age is a more significant drawback. Looking at possible 2020 Democratic primary voters, the survey suggested that self-identifying as democratic socialist is less of a liability. Among registered Democrats only, those feeling favorable about the age characteristic remained low (36 percent). But those “enthusiastic” or “comfortable” with the socialist trait dramatically jumped to 47 percent.

The poll was conducted Feb. 24-27, after Sander’s Feb. 19 announcement that he was launching a presidential campaign. Nine-hundred adults – including 720 registered voters nationwide – were questioned by live operators. The survey’s sampling error was plus or minus 3.65 percentage points.

In an interview with CBS News as he announced his White House run, Sanders pushed back against concerns about his age, saying “you’ve got to look at the totality of a person. I have been blessed thank God,” Sanders highlighted, “with good health and good energy.”

And he added that he was “a cross-country runner, a long distance runner, when I was a kid, and I’ve been running hard, in a sense, since then.”

The senator also pushed back against being labeled a socialist by Republican President Trump.

“Bernie Sanders does not want to have the United States become the horrific economic situation that unfortunately currently exists in Venezuela right now,” he emphasized.

While the new poll raises some questions, the Vermont senator continues to score well in the latest 2020 Democratic primary polls. Thanks to his strong name recognition, Sanders places either first or second in recent national or early voting state surveys, along with former Vice President Joe Biden, who’s leaning toward a White House run.

However, the poll seems to suggest that many former Bernie supporters may no longer “Feel the Bern,” and instead feel that Sanders may just be a candle ready to burn out.