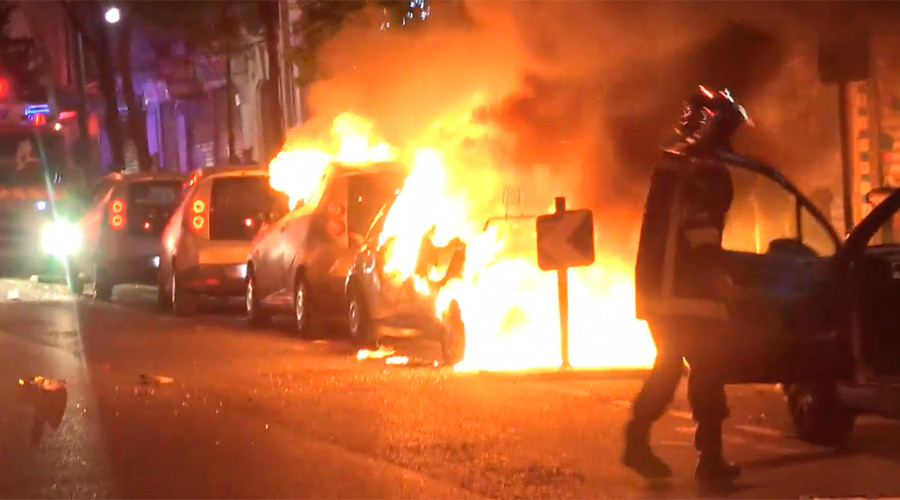 Democrats: The True Threat to Our Republic

If you believed what the hardcore left is saying these days, you would come to the conclusion that the election and presidency of Donald Trump is a threat to the Republic – to the entire foundation of our democracy. America is about to descend into totalitarianism.

Oh, we can certainly understand their disappointment in the 2016 election. However, they are taking up the battle in the form of the #NeverTrump Resistance Movement – which has been the most extreme reaction to a legitimate election since those southern Democrats started breaking up the Union right after the election of Abraham Lincoln. It would seem that Democrats take sore losing to new heights.

In fact, when it comes to disrespecting our small-d democratic institutions, it is the misnamed Democrats who are making a game-on assault on the Constitution. That is exactly what the Resistance Movement has been about – refusing to accept the authority of a President just because he is not one of them.

They tried to overturn the election by having the electors dishonor their duty and pick a different President – one more to their liking. To hell with the fact that Trump won the presidency fair and square in accordance with our Constitution and laws.

Failing that, they then sought to have the United States Congress block Trump’s inauguration without any such constitutional authority. In other words, they were promoting a congressional coup. They called for the impeachment of Trump on day one of his administration – ignoring the lack of any constitutional foundation for an impeachment. They just wanted him out.

They even tried to use the Twenty-Fifth Amendment to remove Trump from office even though it would not apply in any way, shape or form. Again, their effort was an attempt to circumvent the Constitution.

Throughout the first two years of his presidency, the left has claimed that Trump operates as an autocrat who ignores the constitutional limits of his power. He is literally bringing down the Republic and ending American Democracy.

Recently, MSNBC’s Joe Scarborough – with a wink and a nod – read a government profile of Adolph Hitler with traits that might be attributed to Trump by implication – and maybe even to Scarborough himself. It was a cheap shot … rather stupid … but showed just how unhinged the press has gotten.

These bogus claims against Trump might have once been the currency of the radical far left socialists who desperately sought the attention of the angry, the bitter and the out-of-the-loop malcontents. But, to a disturbing degree, that philosophy and strategy has now gain more than a foothold in what was once the mainstream of the Democratic Party.

Trump has issued Executive Orders that have been challenged in the courts and, for the most part, he has prevailed. On the other hand, Obama lost a few “abuse of power” battles in the courts.

Trump refuses to seize power by issuing an unconstitutional Dreamer order as did Obama. In that case, Trump respected and yielded to the constitutional powers of the Congress. He has done that with immigration. For all his egotistical bluster, Trump has been very restrained in his use of presidential power. The left’s complaint stems from their desire to restrain Trump from using his legitimate constitutional powers.

It can be fairly said that the Trump presidency is unprecedented in many ways. We can see the churning cauldron of public discourse and dialogue. We can feel the heat generated by the disappointment, frustration and anger of the Democrats and the folks on the left –especially the elitist news media.

BUT … what we do not have is a constitutional crisis. The foundation of America is solid. Our form of democracy is as healthy as ever. It is all working just as our Founders had hoped. Trump may be controversial, but he is presenting no threat to the Republic.