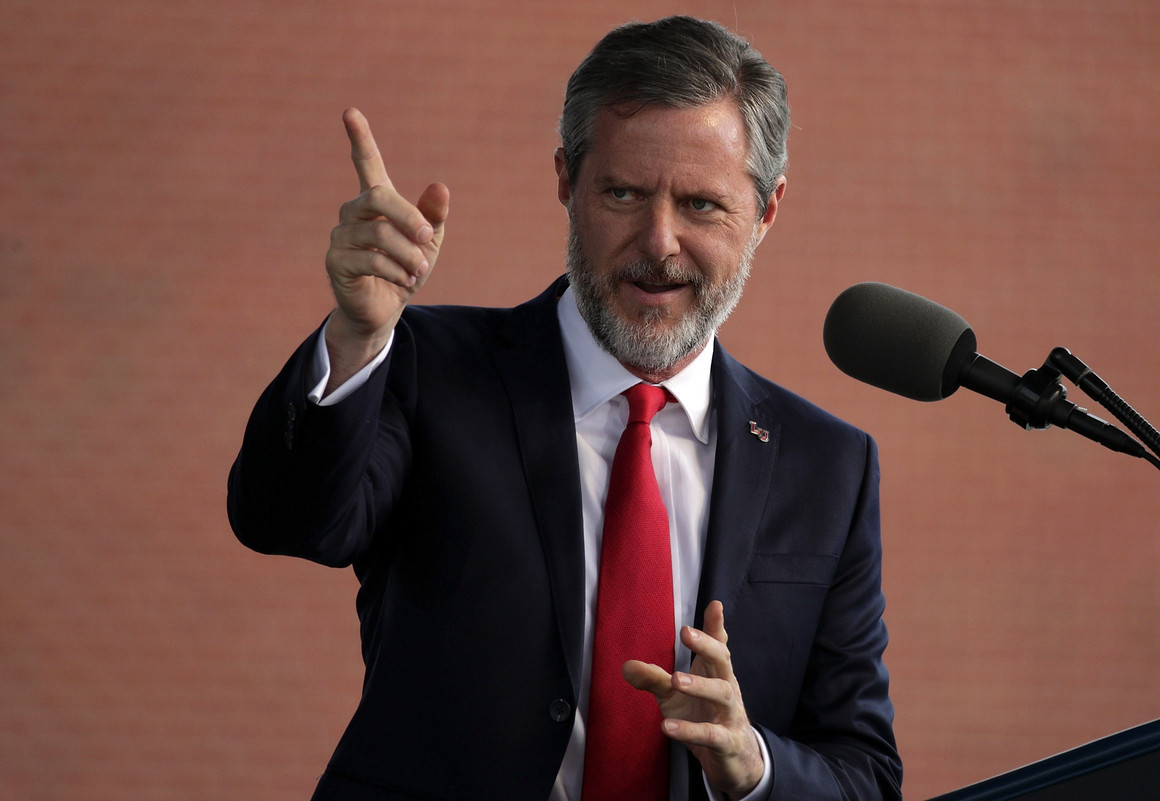 Liberty University’s board of trustees declined to take action to either fire or reinstate Jerry Falwell Jr. as its president on Friday, instead saying after a meeting that for the time being, Falwell will remain on a paid leave of absence from the university.

The announcement came two weeks after Falwell was placed on leave from the prominent Christian university and nearly three weeks after Falwell posted a photo of himself on a yacht with his pants unzipped and his arm around his wife’s assistant. The photo was publicly criticized by people with ties to Liberty, who said the photo was out of step with Liberty’s conservative Christian values.

“The decision whether or not to retain Falwell as president has not yet been made,” Liberty said in a statement on Friday. “The University and its Board members have decided to not publicly comment on the various rumors and claims about Falwell at this time. Instead, the Board intends to use this time of leave to look into them as part of the process of determining what is in the best interest of Liberty University

Falwell’s photo has also raised questions about Liberty University’s dollar NASCAR sponsorship deal. The yacht on which the photo was taken is owned by Rick Hendrick, owner of the NASCAR team, Hendrick Motorsports, that Liberty University pays roughly $6 million a year to sponsor a racecar, POLITICO reported this week.