Crooked Hillary Clinton claims she could beat Trump in 2020 ‘again’ 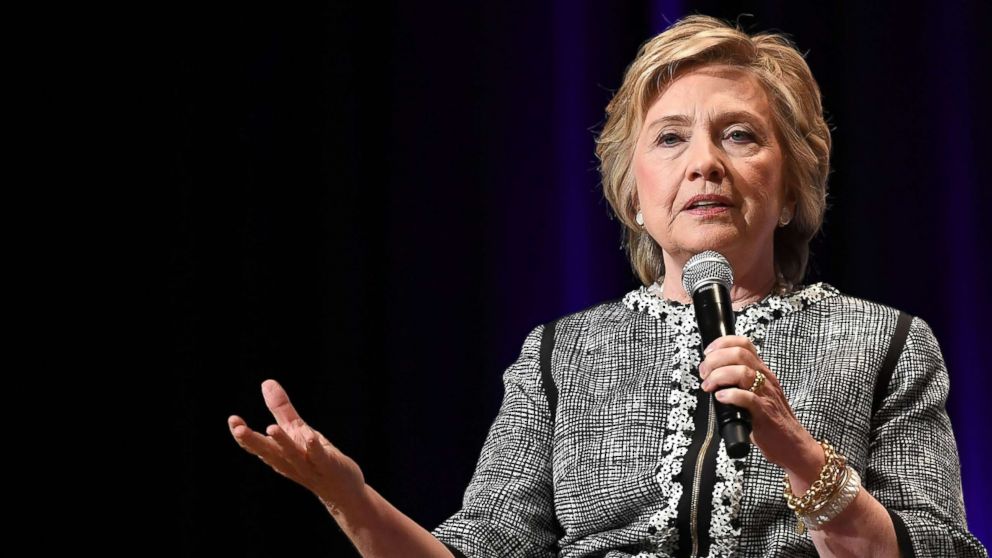 On Tuesday, Former Secretary of State and failed 2016 presidential candidate Hillary Clinton declared that she could beat President Trump ‘again’ in 2020 if she decided to make another run at the White House.

“Maybe there does need to be a rematch. I mean, obviously, I can beat him again,” Clinton told Judy Woodruff, the host of PBS News hour Judy, in an apparent reference to her winning the popular vote in 2016.

Clinton and her daughter Chelsea talked with Woodruff on topics ranging from the president, impeachment, and their new book, “Gutsy Women.”

“It truly is remarkable how obsessed he remains with me,” Clinton said, “But this latest tweet is so typical of him. Nothing has been more examined and looked at than my e-mails. We all know that. So he’s either lying or delusional or both … so maybe there does need to be a rematch. Obviously I can beat him again.”

Trump taunted “crooked Hillary” earlier in the day on Twitter, saying: “I think that crooked Hillary Clinton should try to enter the race to try and steal it away from uber-left Elizabeth Warren. Only one condition: The crooked one must explain all of her high crimes and misdemeanors, including how and why she deleted 33,000 e-mails AFTER getting ‘C’ subpoena.”

Clinton continued, saying, “But just seriously, I don’t understand. I don’t think anybody understands what motivates him other than personal grievance, other than seeking adulation. I said during the campaign, there was no other Donald Trump. What you saw was what you were going to get, and I think a lot of Americans understandably thought, oh, no, that can’t possibly be the case. Once he’s in office, he will certainly moderate his behavior. Well, we see, no, he hasn’t.”

Although Clinton has said several times that she wouldn’t run for president for the third time in 2020, she has fueled rumors by making a ton of public appearances recently because of her book.

In recent tweets, she further intensified the idea of her running in 2020 when she responded to Trump’s taunts in a tweet, saying: “Don’t tempt me. Do your job.”

A new Rasmussen poll released earlier this week revealed that Trump and Clinton would be neck and neck in a 2020 rematch, with each candidate receiving 45 percent of the vote. The rest of the potential voters were ‘undecided’.

However, in the same poll, only 18 percent of respondents said that Clinton should enter the race.