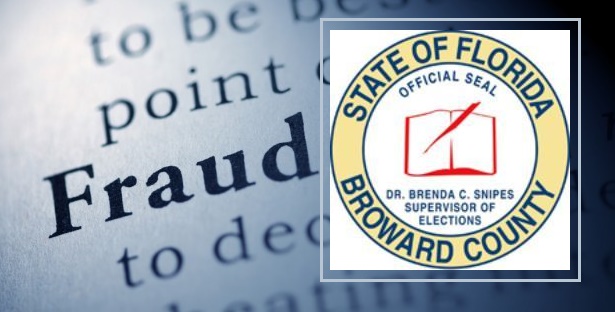 In common bond with authoritarians around the world, the American left-wing powermongers have long proffered the ridiculously untrue narrative that there is no such thing as voter fraud. China’s President Xi, Russia’s President Putin, North Korea’s Chairman Kim or Iran’s Hassan Rouhani will all tell you that their elections are also totally free of fraud. Do we believe them? Of course not.

We may not be a totalitarian nation, but the American media’s objectively disprovable falsehood that our elections are devoid of any mischief is in the spirit that the bigger the lie and the more it is repeated, the more it will be believed. And the claim of no voter fraud in American elections is a whopper.

CNN apparently understands the power of the big lie because in one of their new promotional commercials they ironically proclaim that no matter how many times you repeat a lie, it is still not true. While they want us to infer that CNN is the truth in that promo, the truth, however, may actually put CNN on the side of the lie. They not only understand the concept of the big lie, but they also seem to be applying it.

They tell the big lie about vote fraud because it works. I have a number of otherwise intelligent and discerning liberal friends who believe it — accept it without question and without proof. I do not entirely blame them because they only watch CNN and MSNBC – as well as having the New York Times and the Washington Post as their favorite newspapers.

The left-leaning media claims that after billions of votes have been cast over many years, there only have been approximately 30 cases of voter fraud. There are more cases than that in some Chicago precincts in every election cycle. The media claim is so preposterous that it is impossible to understand how anyone could really believe it even if they just applied a bit of logic and common sense.

Lincoln wisely noted that “widely held beliefs, whether well or ill founded, have the impact of fact.” He also noted that you “cannot fool all the people all the time.” In terms of the theory that voter fraud does not exist, we, unfortunately, have not yet reached the latter phase of public awareness. The left is still fooling a lot of people.

At several points in my civic career, I was deeply involved in the fight against vote fraud. As Executive Director of the City Club of Chicago, I launched an investigative committee on that subject. A client of my consulting firm was Project LEAP (Legal Elections in All Precincts) – an organization with the sole purpose of combatting rampant election fraud. We cooperated with a similar task force of the League of Women Voters. In some elections, U.S. Marshalls had to be brought in to man precincts with a history of vote fraud. I personally saw the hard evidence – a thousand times more than the 30 cases claimed by the left.

Across America, there are thousands of groups fighting for honest elections. Does anyone really believe that all these people are putting in so much effort into fighting against a problem that does not exist? Do they think that all this effort is being expended without having seen a LOT of examples of vote fraud?

Those who spread the false narrative of no such thing as vote fraud often say that President Trump’s commission on elections was disbanded because the could not find any vote fraud … none … nada. That is also not true. The commission was disbanded largely because many of the Democrat-controlled states refused to cooperate – and you need not think to deeply to wonder why.

In every election, people not eligible to vote, vote. Dead people vote. Political operatives fill out ballots for vulnerable seniors – and even those past the point of comprehension. Ballots are purposely lost or not counted. Batches of ballots are added after the close of the polls. People are registered, and votes are cast without their knowledge. Many of the Democrat city machines are infamous for “manipulating” the vote count. There are endless ways to do it, and I have personally seen and investigated most of them.

Before every vote can be counted, it must be determined if a ballot should be counted. Lawyers for the Republican and Democratic parties are not on the scene to ensure that every ballot is counted. They are there to protect as many votes as they can for their party and to toss out as many votes as they can for the other party. The problem occurs when ballots are added or tossed BEFORE the official recount starts. That is why the sudden discovery of uncounted ballots in Broward County, Florida is so suspect.

Currently, national attention is on Broward County, which has a history of dubious and illegal management of the ballots. Just two years ago, the Election Supervisor of Broward Brenda Snipes illegally destroyed all the ballots before a recount could be conducted – a recount requested by a Democrat opponent of Congresswoman Debbie Wasserman-Schultz. Snipes has a long history of “irregularities” in handling ballots, including repeatedly “finding” ballots after the count was supposedly over and a Democrat was a bit short, slipping in unverified provisional ballots, failure to count military ballots and the list goes on and on over many election cycles.

Snipes claims that all those accusations were the results of mistake – not dishonesty and certainly not criminality. The courts have not always agreed. When your best defense is a claim of incompetency, you know something is wrong. And how ironic that all those “mistakes” benefited her own Democratic Party.

Snipes has been among those officials who refused to purge the voting rolls of dead, moved-away and unqualified voters. In a callous case of Democrat efforts to win elections at all costs, it was discovered that Parkland shooter, Nicolas Cruz, registered from jail as a Democrat voter for the first time for the 2018 election – a privilege of citizenship that 17 folks from Stoneman-Douglas High School are not able to exercise.

Serious questions have been raised over the security of the ballots in Broward County. There are disturbing and suspicious gaps in the protection of the ballots and vote counts as they moved from precinct to central depositories, where they are supposedly “protected” only by Democrat officials. Snipes even defied a court order to allow observers monitor a portion of the process.

National media reports carry three lies. Yes. Not mistakes, lies. Of course, the first is that all accusations of voter irregularity in Broward County are bogus claims by Republicans who fear a recount. They say this despite Broward County’s looooong history of vote fraud – which is not just the illegal casting of votes by unqualified people as the media implies.

The second lie is that the Republicans are afraid of “counting every vote.” That is the mantra of the left. The real objective, however, should be to count every LEGAL vote. Democrats want all the provisional ballots counted even though history shows that at least 50 percent of them will be invalid because the person was not eligible to vote. Democrats want no challenges to a ballot even if the ballot or the voter is … invalid or ineligible. Democrats want recounts only in communities where there is the strongest Democrat turnout. That is NOT voter suppression as Democrats allege. It is protecting the efficacy of the voting process.

The third lie is in the bald face category. I have heard several commentators on both CNN and MSNBC note that Republicans are complaining even though they are the ones in charge of ballot and voting supervision. That is a blatant lie. In Miami-Dade, Broward and Palm Beach counties, where most election controversy tends to occur, are totally, 100 percent controlled by Democrats. Yes, it all comes under a Secretary of State – who might be a Republican – but the power to control the process rests 99 percent with the local officials who handle the ballots and count the votes.

Vote fraud has its greatest influence in the closest of elections. It can reverse the will of the people – and it has. That is why it is important that those recounts in Florida, Georgia and Arizona must be made with total transparency and the full participation of representatives of the affected political parties and impartial independent observers.