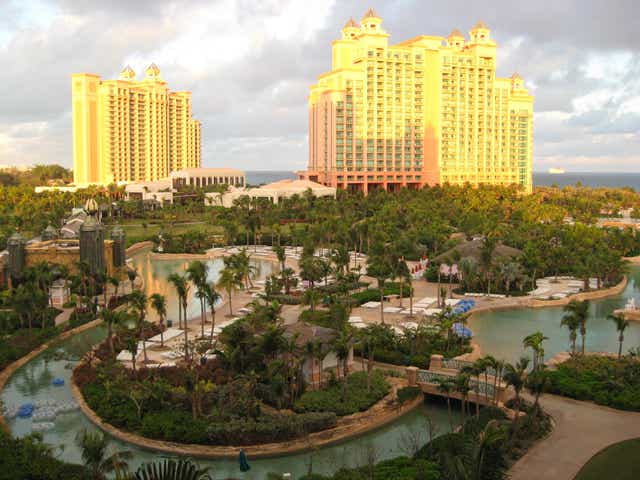 With a surge in COVID-19 cases being traced back to Bahamians traveling from the United States, the Bahamas has announced a two-week lockdown of the island of Grand Bahama, which is leading a wave of new infections after being coronavirus free for months.

He added that effective 6 p.m. Tuesday, all domestic flights in and out of Grand Bahama will cease. The Royal Bahamas Defense Force, Minnis warned, will also form a perimeter around the island to prevent any boats from leaving or entering the island.

The new restrictions come as the Bahamas prepares to re-institute a nationwide travel ban against commercial flights from the United States beginning at midnight Wednesday. Visitors traveling on pleasure crafts, yachts and private aircraft with nine seats or less from the U.S. less will still be permitted, along with commercial flights from Canada, the European Union and the United Kingdom.

All visitors are required to provide a negative COVID-19 test taken within 10 days of travel from an accredited laboratory to gain entry into the country.

“Epidemiological control of the virus in Grand Bahama requires adherence to strict shelter in place to prevent and control the spread, which will worsen if preventive measures are not taken quickly and adhere to,” Minnis said.

After more than two months of not recording any cases of COVID-19, Grand Bahama has “seen a significant increase in cases,” Minnis said. “The island has been classified as a COVID-19 hotspot by health officials.”

As of Monday, Grand Bahama accounted for 59 of the Bahamas’ 153 COVID-19 infections. Minnis said 51 of the cases were recorded after the Bahamas fully reopened its borders to international travel on July 1.

“Outside of New Providence, Grand Bahama now has the largest number of recorded cases in the Bahamas,” he said. “The number of confirmed cases is expected to increase if much of the population continues to fail to practice recommendations for physical distancing, wearing protective face coverings and frequent and thorough hand washing.”

Like most countries in the Caribbean and Latin America, the Bahamas closed its borders in March to control the transmission of COVID-19, the respiratory disease caused by the novel coronavirus. But as soon as the restrictions were lifted, Bahamians, who frequently traveled to Miami for everything from cars to food, hopped aircraft and flew to Florida, where the number of cases of COVID-19 has been rapidly increasing. Health officials have said the new infections have been traced back to people traveling to the U.S.

Minnis said he made the decision for a lockdown and other restrictive measures based on the advice of health officials and after 20 new cases were confirmed on Grand Bahama on Monday.

“A lockdown like this is not something that would have been preferred. But it is absolutely necessary because things will get much worse on Grand Bahama if we don’t take this strong measure now,” Minnis said.

In recent days, a seven-member team from the ministry of health has been mobilized on Grand Bahama to assist with identification, testing and contact tracing.

The Bahamas government this week also launched a pre-clearance center at several South Florida airports, including Fort Lauderdale Hollywood International Airport, for private planes to limit contact with Bahamian customs agents and other workers in the country. By being pre-cleared in the United States, private plans can fly directly to their island destination without any additional formalities.