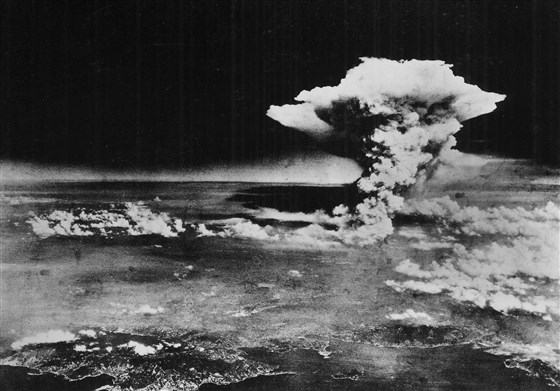 It’s been 75 years since the U.S. dropped an atomic bomb on the Japanese city of Hiroshima — marking the end of World War II and the dawn of the nuclear age — but survivors like Masaaki Takano still live with the consequences.

For decades Takano quietly lived with his ailments. He was not recognized as a “hibakusha” — a survivor of the bombing — because he was not within the immediate radius of the blast that killed an estimated 140,000 people, vaporizing them instantly or poisoning them slowly.

But last week, a Japanese court finally acknowledged that he and 83 other plaintiffs had been exposed to dangerous radiation from “black rain” — the nuclear fallout that poured from the skies in the aftermath of the explosion.

“We are doing this because we want to deliver the truth,” Takano said of the suit filed in 2015. “It’s too late to stand up after everyone dies.”

Although the case has renewed public consciousness of the bombing, and the technology that made it, some worry that the world hasn’t heeded the dangers of nuclear weapons. And today, the awesome and terrifying destructive power unleashed by “Little Boy,” as the Hiroshima bomb was known, still haunts the world in the form of vast stockpiles of nuclear weapons.

And as the aging Hibakusha die, many fear their stories will fade from the world’s memory.

Takano was at school about 12 miles from the bomb’s hypocenter, or detonation point, on Aug 6, 1945. He still recalls seeing a flash “bigger than lightning” and hearing a “massive explosion — bang!”

He was sent home while debris fell from the sky. Seven years old, Takano said he tried to catch some of the objects as they showered down.

In the following days, he had a high fever and diarrhea. Although he recovered, Takano later endured many illnesses because of the exposure to radiation. He also lost his mother to cancer 19 years after the bomb dropped.

For those closer to the hypocenter, the damage came faster.

Tetsushi Yonezawa, who turns 86 on Sunday, was traveling on a busy train just 820 yards from the bomb.

Once on the military truck that rescued him and his mother, he recalls seeing people with broken bones protruding from their flesh and blood flowing from their ears.

One elderly woman “held an eyeball with her hand to avoid it falling out completely.”

“I think the next day the war ended,” Yonezawa said. “When I woke up, I saw my pillow had turned black. Looking carefully, I noticed that it was covered with my hair. I was so surprised, I touched my hair and it fell onto the sheets. I ran to my mother and she had also lost her hair. Both of us lost all our hair on the same day.”

His mother’s symptoms worsened — including bleeding gums and purple spots all over her skin. She was dead less than a month later, Yonezawa said.

ere are an estimated 13,400 nuclear weapons in existence globally, according to the institute. The vast majority of them belong to the United States and Russia, with more than 6,000 weapons each.

Although it’s far fewer than the peak of about 65,000 weapons in the 1980s — a product of the Cold War — warheads today are far more powerful.

An exchange of fewer than 1,000 nuclear weapons could kill as many as 100 million people in a matter of hours, said Daryl Kimball, executive director of the nonpartisan Arms Control Association, based in Washington.

“A nuclear war cannot be won and must never be fought,” he said. “It’s in everyone’s interest to reduce the risk of this ever happening.”

Yet global tensions are at their highest since the end of the Cold War, Kimball said. Recent years have seen mounting threats among the U.S., Russia, North Korea and China. One nonproliferation treaty between the U.S. and Russia is also set to expire in February.

Even countries with smaller arsenals, such as India and Pakistan, with fewer than 200 warheads each, have increasingly been at odds, Kimball said.

“There needs to be a combination of leadership and creativity to head off additional competition and arms racing,” he said.

Yet, the U.S. has committed more than $1.7 trillion in the coming years to upgrading its arsenal, and Russia has similar plans, experts say.

The argument for the investment is less about the practical defense the weapons offer and more about technological developments and support for the economy, said Robert Jacobs, a history professor at the Hiroshima Peace Institute.

“These are militarily useless weapons,” Jacobs said. “The risks of starting down that path are uncontrollable.”

Amid the global economic challenges sparked by the coronavirus pandemic, experts say that now may be the moment to question whether governments should be funding military technologies designed for crises of a previous generation.

“No matter how much money we spend to harden our infrastructure against a terrorist threat, that does nothing to defend us against a tiny invisible virus,” Kimball said. “I think this is the time to seriously rethink the role of nuclear weapons.”