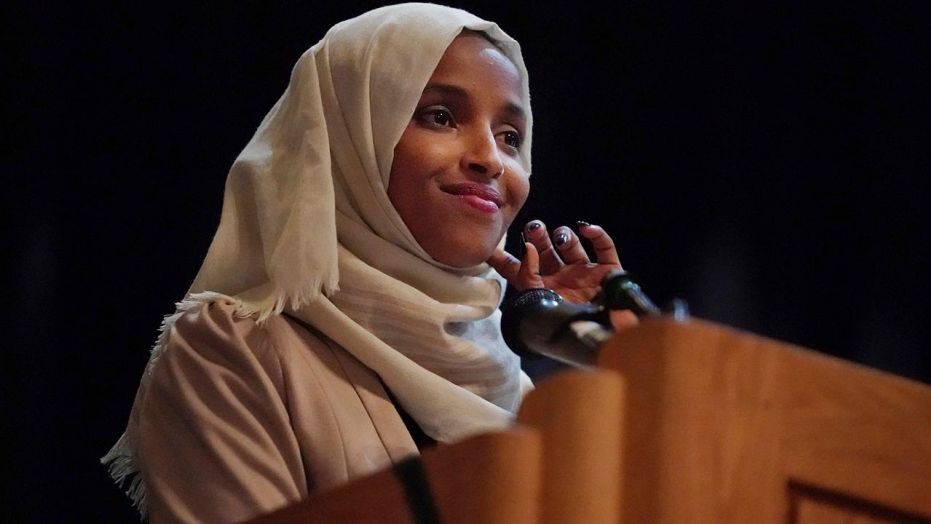 In what is today a very rare show of bipartisanship – last week the House of Representatives overwhelmingly approved a resolution opposing an international effort to boycott Israel as Democrats try to tamp down increasingly heated political rhetoric over differences with the longtime U.S. ally.

Not surprisingly however, three high-profile members of “The Squad — Reps. Ilhan Omar, D-Minn., Rashida Tlaib, D-Mich., and Alexandria Ocasio-Cortez, D-N.Y., were among the 16 Democrats who voted against the resolution.

Rep. Thomas Massie, R-Ky., was the only Republican to vote “no.”

Rep. Justin Amash, I-Mich., was one of five lawmakers who voted “present.”

The resolution puts the American lawmakers on record opposing the pro-Palestinian Boycott, Divestment and Sanctions (BDS) movement and its efforts to target U.S. companies that do business with Israel. The movement has grown in recent years, and Israel sees it as a threat. Supporters of Israel view BDS as an attempt to delegitimize the Jewish state.

Ilhan Omar has in the past displayed public support or BDS.

In a House that many have called “dysfunctional” the resolution condemning BDS was a rare bipartisan moment. The resolution was introduced by Reps. Brad Schneider, D-Ill.; Jerry Nadler, D-N.Y.; Lee Zeldin, R-N.Y.; and Ann Wagner, R-Mo.

“A two-state solution remains the best way to justly resolve the Israeli-Palestinian conflict and ensure a future for two peoples living side-by-side in peace, security and prosperity,” the resolution said. “By denying the Jewish claim to a homeland, the BDS Movement is fundamentally incompatible with a two-state solution and pushes the cause of peace for both Israel and the Palestinians further out of reach. This resolution makes clear that Congress remains committed to a two-state solution and opposes zero-sum efforts to delegitimize the state of Israel.”

“We must reject the blatant anti-Semitics injected throughout BDS,” said Zeldin.

Omar Voting Against the Bill Should Surprise No One

According to the Associate Press, House Majority Leader Steny Hoyer, D-Md., had promised lawmakers the bill would come up for a vote before the August recess in a bid to shield House Democrats from continued Republican efforts to attack them around the issue of Israel. Liberal lawmakers, most notably Omar and Tlaib, both newly elected Muslim-Americans, have spoken out in support of the BDS movement, as they criticize Israel’s treatment of Palestinians.

Omar, a member of the Foreign Affairs Committee, was among the only lawmakers to voice objection when the bill was included in a package the panel approved last week.

“What are we doing to bring peace? I believe that simple question should guide every vote we take in this committee,” said the freshman lawmaker, who came to the U.S. as a refugee from Somalia when she was a child and became a U.S. citizen.

Omar is known to be outspoken against Israel. She has made tweets and statements that were deemed to be anti-sematic. Omar once tweeted that lawmakers were supportive of the Jewish state because they were essentially being paid to do so. It was widely considered a slur that relied on a trope against Jewish people, and she later “unequivocally” apologized.

President Trump called her apology “lame” and Republicans have continued to stoke opposition to her views as part of the “squad” of liberal freshmen lawmakers. Trump stood by last week at a campaign rally as the crowd chanted about Omar, “Send her back” and has been targeting Omar and “The Squad” for their ultra-left, socialist beliefs of late.`