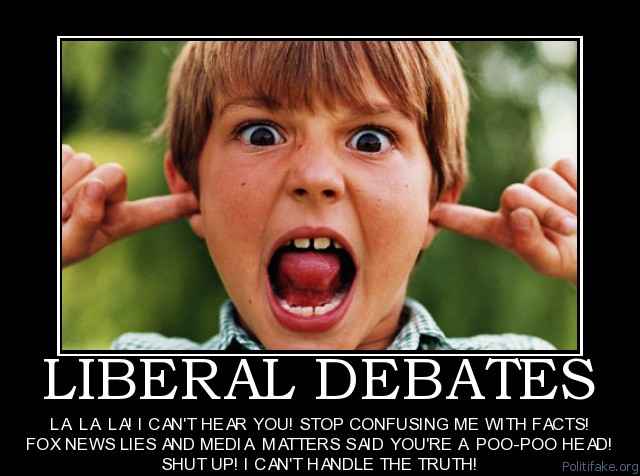 Are Trump Supporters the Smart Ones?

Every job has its downside. To write my commentaries for blogs and newspapers, I am obligated to follow as much news as possible throughout the day. Your sympathy is deeply appreciated.

In several of my commentaries, I have tried to give an answer to the central question that the left asks repeatedly – ad nauseam. Why do so many Americans – around a respectable 45 percent of us – keep defending President Trump? I finally have an answer. Because we are smarter than they think we are – AND we apparently are smarter than the members of the #NeverTrump resistance movement.

So, why would I advance such a broad-brush opinion? It is not my style to characterize any group of people with a common trait – especially if it is a negative characterization. As much as I resist such stereotyping, the #NeverTrump people keep proving themselves to be a bit … shall we say … underinformed.

Perhaps those of us who resist the anti-Trump resistance movement are more knowledgeable because we get our information from many sources. Most of my Republican and conservative friends tend to channel surf the news to get the various perspectives. They do not consider the New York Times the bible of journalism. On the other hand, many of my Trump-hating friends proudly boast that they only watch MSNBC. They might as well get all their news from the website of the Democratic National Committee.

This means they only know what is reported on the most biased (excuse the expression) news outlet. Any objective review of all the news stations – and yes, that includes FOX News and OAN – would reveal news stories and perspectives not seen on MSNBC or CNN. They would also discover that FOX, unlike MSNBC, generally offers contributors and panelists representing both sides of every issue.

MSNBC, and to a slightly lesser degree CNN, packs the panels of pundits with people supportive of the station’s preconceived political narratives – even using false-flag Republicans and conservatives who parrot the same perspective as the Democrats and liberals. Those of us on the other side of the political divide seem to have the intellectual ability to see through such sham reporting.

Rather than thinking for themselves, the #NeverTrump crowd are faithful followers. While we see Republicans of all viewpoints in Congress, the Democrats play follow-the-leader on virtually every major issue. We rarely see even one or two “defectors” from the party line. It will be interesting to see if there are any brave Democrats when the Judge Kavanaugh nomination comes up for a vote.

It seems that the #NeverTrump people are less interested in getting informed as they are in getting emboldened. They have already checked their objectivity at the door. They want news that reaffirms their myopic hatefulness of Trump, his family, the White House staff, the Cabinet, congressional Republicans and every person who speaks well of the president at any time – and God forbid you wear a “Make America Great Again” baseball cap or have a Trump bumper sticker on your car.

Where the #NeverTrumpers really display a shortage of grey matter is in their inability to distinguish between the Trump personality – that is certainly open to criticism – and the president’s policies. Many of us can see that distinction and can weigh the importance of substance over style. The perma-pissed Trump haters have lost that cognitive ability.

They are also incapable of absorbing facts that do not align with their pervasive negative view of all things Trump, Republican and conservative. It is yet another example of not being able to distinguish between personality and policy. The Democrats and the elitist media proffer the belief that Trump is in the hip pocket of President Vladimir Putin because he does not subject the Russian despot to the same bellicose language that Trump bestows on insignificant celebrities or domestic political adversaries. They accuse Trump of treason – raising their accusations far beyond the limits of fact and reason.

Trump and his supporters often point out that he has been much harder on Putin and Russia than any of his predecessors since the end of the Cold War. That is probably true, and the list of those actions have been repeated over and over – except by CNN, MSNBC and the rest of the bubble-encased Big Seven liberal media. No matter how many times the litany of actions against Putin’s interests is laid out before the #NeverTrump folks, it just does not penetrate. Ellos no comprenden. Denial of facts is not very intelligent unless one considers propaganda a good basis for critical judgment.

The lack of intellectual foundation among the #NeverTrumpers is seen in their inability to maintain an intelligent and civil dialogue. They respond to facts like Dracula reacts to crosses, garlic and wooden stakes. They run away with such conversation closers as “I don’t want to discuss it anymore” or “I don’t need to talk to a jerk like you.” If their Trump Derangement Syndrome kicks in, they are likely to supplant intelligent dialogue with a serious of vulgar expletives.

Part of the traumatic shock experienced by the radical left on Election Day 2016 was that they were not thinking. They were taking their beliefs from the likes of CNN and MSNBC. They were believing their own propaganda – and that was not the first time. The left was surprised when the elections of 2010 and 2014 did not turn out as their media folks predicted. They focused on President Obama’s re-election in 2012 – but did not pay attention to the gains the GOP were making at the state and local levels. That was not very smart of them.

Many on the far left are simply ignorant. Take the newly minted New York socialist Democrat candidate for Congress, Alexandria Ocasio-Cortez. In her initial public statements, she has demonstrated a woeful lack of factual knowledge about almost everything relating to government, the economy and the world-at-large. She is like the talking doll my daughter once had. Pull the string and you get the pre-recorded answer – or in the case of Ocasio-Cortez, the memorized talking points of the radical left. Maybe that is why her fans in the Democratic Party and the media focus on her undeniable beauty instead of her brains.

The left may refer to their political adversaries as low information voters (and worse), but methinks that is only what psychologists call “projection” – ascribing to others one’s own weakness or faults.

As my mother used to say, book learning makes you educated, but not necessarily smart. More and more, the #NeverTrump crowds seem to serve as an example of my mother’s wisdom – and don’t you dare compare her to a canine just to vent your anger at me.