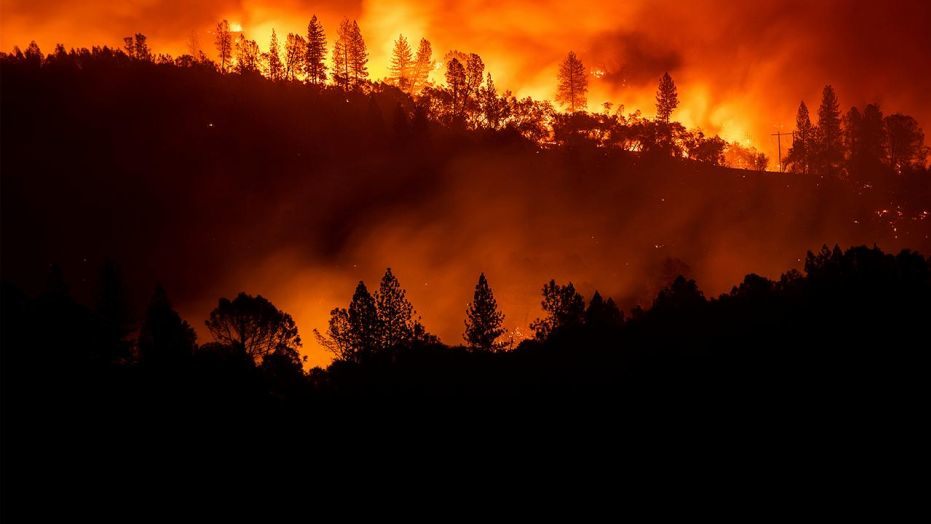 Are Liberals the Cause of WildFires?

The massive outbreak of raging wildfires in California drew a series of eye-opening tweets from President Trump criticizing state officials about their environmental regulations and water management policies.

Experts have now gone on record declaring that the California wildfires currently raging across the state are the worst ever recorded in California.

The President’s criticism of California’s progressive policies began long before this series of wildfires, back several months ago, with several tweets warning state officials to take aggressive actions in combating fires.

“California wildfires are being magnified & made so much worse by the bad environmental laws which aren’t allowing massive amounts of readily available water to be properly utilized. It is being diverted into the Pacific Ocean. Must also tree clear to stop fire spreading!”
— Donald J. Trump (@realDonaldTrump) August 5, 2018

The next day, the President once again took to social media and again warned the governor:
“Governor Jerry Brown must allow the Free Flow of the vast amounts of water coming from the North and foolishly being diverted into the Pacific Ocean. Can be used for fires, farming and everything else. Think of California with plenty of Water – Nice! Fast Federal govt. approvals.”
— Donald J. Trump (@realDonaldTrump) August 6, 2018

No doubt the left will argue that climate change is to blame for the epidemic rise in fires across California. While the science is being debated, it’s worth reminding all that during the 1930’s an extended period of severe droughts and poor farming techniques created an environmental disaster dubbed the “Dust Bowl.” The ecological crisis lasted a decade – destroying the agriculture industry.

The fundamental differences between the natural devastation of the 1930’s and the decade-long wildfires gripping California today can best be summed up in one word: “politics.”

A recent Reason Foundation study noted that wildfires were considerably better controlled in the early part of the 20th century when the U.S. Forest Service was exclusively tasked with the responsibility of maintaining successful fire prevention methods that were arbitrarily abandoned when politically motivated environmental activists began challenging those methods.

Randal O’Toole, a policy analyst at the Cato Institute, noted that the Forest Service became more costly and less effective as it increasingly “rewarded forest managers for losing money on environmentally questionable practices.”

During a congressional hearing held in May of 2018, Republican Congressman Tom McClintock addressed the growing crisis: “Forty-five years ago, we began imposing laws that have made the management of our forests all but impossible.”

The congressmen went on to explain how federal authorities have failed in reducing the number of deadly fires annually.

“Time and again, we see vivid boundaries between the young, healthy, growing forests managed by state, local, and private landholders, and the choked, dying, or burned federal forests,” McClintock said. “The laws of the past 45 years have not only failed to protect the forest environment, but they have also done immeasurable harm to our forests.”

McClintock went on to address the reason for the devastating increase in wildfires, pinning the blame of poor forest management and bad 1970s laws, like the National Environmental Policy Act and the Endangered Species Act.

Since the beginning of the year, 47,700 wildfires have burned 8 million acres across the country, with the majority of the devastation in California and Montana.

Interior Secretary Ryan Zinke addressed what the Trump Administration is planning to do.

“This Administration will take a serious turn from the past and will proactively work to prevent forest fires through aggressive and scientific fuels reduction management to save lives, homes, and wildlife habitat. It is well settled that the steady accumulation and thickening of vegetation in areas that have historically burned at frequent intervals exacerbates fuel conditions and often leads to larger and higher-intensity fires.”

Zinke continued, “These fires are more damaging, more costly, and threaten the safety and security of both the public and firefighters. In recent fire reviews, I have heard this described as ‘a new normal.’ It is unacceptable that we should be satisfied with the status quo. We must be innovative, and where new authorities are needed, we will work with our colleagues in Congress to craft management solutions that will benefit our public lands for generations to come.”