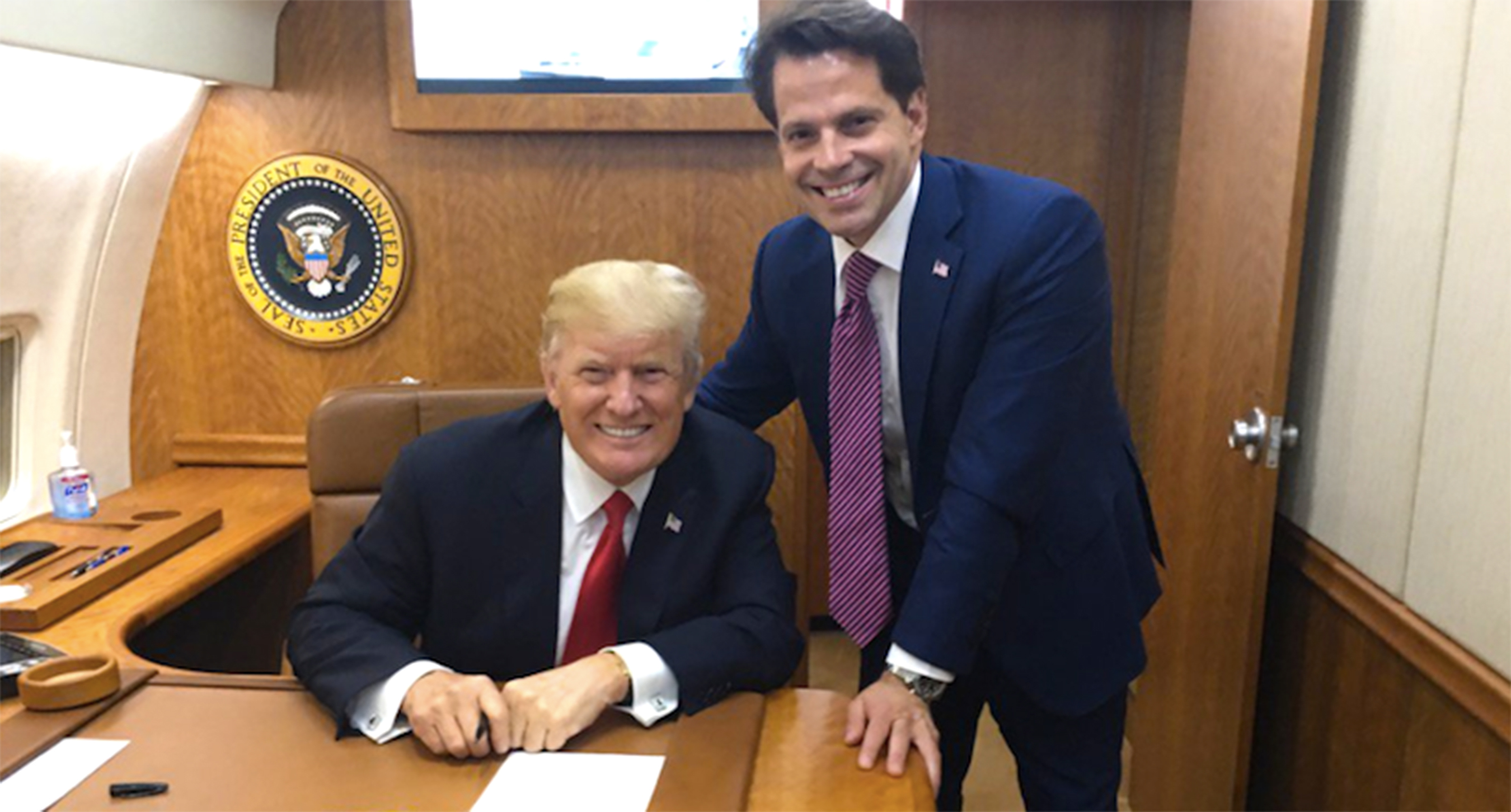 One of President Trump’s hitherto most loyal AND effective defenders has raised the prospect that it may be necessary to replace Trump and Vice President Pence as the Republican standard bearers in 2020.  In fact, he says that he no longer supports Trump’s re-election.  WHAT??

Businessman and political wonk Anthony Scaramucci — who served a very … very very … short time as White House Communications Director — has been one of the most reliable and effective supporters, defenders and explainers of Trump the man and the President.  Now he claims he has had enough of the Trump pugnacious personality.

Scaramucci was not always been supportive of each and every Trump idiosyncrasy – and has often publicly and privately advised the President to tamp down his rhetoric and his overnight tweets.  That modest and well given advice is what gave Scaramucci enhanced credibility.

Scaramucci’s break with the President is fraught with much greater significance.  He represents a portion of the Trump base that likes the policies but not the personality.

This does not mean that they embrace the left-wing Democrats’ corrosive corruption of the political atmosphere – their own version of hate-mongering.  As bad as Trump can be, he is not nearly as bad as what the #NeverTrump Resistance Movement claims him to be – and the hateful attack on his supporters is unconscionable.  Even in the so-called base, not everyone is drawn to Trump as much as they are repulsed by both the rhetoric AND the policies of the Democrats — and the dishonest partisan propaganda by the bubble-encapsulated east coast news media.

Scaramucci is not one of those false-flag conservative Republicans – the ones CNN and MSNBC employ to give a false image of balance.  Those folks deserted the cause at the onset.  They included the former chairman of the National Republican Committee Michael Steele, longtime conservative icon Bill Kristol and a range of so-called “Republican strategists” — including Steve Schmidt, Elise Jordan, Rick Wilson and Max Boot.   In a small example of honor, some have formally switched parties, including “Morning Joe” host Joe Scarborough and MSNBC paid contributor and former Florida Republican Congressman David Jolly.

Scaramucci is a different breed.  He has been a long-time personal friend of the President and for the past two years a faithful loyalist.  Apart from a few snide comments by former Trump appointees, such as former Secretary of State Rex Tillerson and former White House Chief-of-Staff John Kelly, no one from the inner circle has come out so publicly and so completely against Trump’s re-election as has Scaramucci.

Scaramucci is not leading a potential exodus of Trump supporters but is more likely reflecting the growing feelings of a significant segment of the 90 percent of Republican voters who currently support Trump.  There is a measurable degree of soft support in that number.

Most of the 90 percent will stick with Trump in a General Election when the only alternative is a Democrat from the ranks of the 25-candidate field and the radical left policies they propose to inflict on the nation.  The real question is how many of the 85 percent will stick with Trump in the face of a credible alternative in the primaries – and keep in mind, that number suggestions that 15 percent of Republicans are not tied to Trump.  There are a lot of Republicans who would welcome the opportunity to have that choice.

Scaramucci’s call for a challenge to Trump could … that is, could … kick off a search for a credible alternative.  It would not include the current challenger for the GOP nomination, former Massachusetts Governor William Weld, who has become a bit of a political joke after his humiliating Libertarian candidacy for Vice President in 2016.  Former Congressman Mark Sanford is testing the waters, but he does not have the gravitas to defeat Trump.  It would take a Mitt Romney, Jeb Bush, Marco Rubio or Ted Cruz type – and so far, none of them seem to be interested.

At this point, Trump looks unbeatable for the nomination to a second term, but if his prospects continue to fall for any reason – including an economic downturn or a plunge in his polling numbers — the currently inconceivable becomes conceivable – a serious challenge in the Republican primaries.

Unfortunately, Trump’s tweeted responses to Scaramucci’s statements could be seen as evidence justifying the turnabout.

Like a time-release capsule, Scaramucci’s opposition to Trump’s re-election could be a game changer as the future unfolds – or maybe not.  But the mere fact that it raises the prospect of more primary challenges should be a warning to Trump to tone down the rhetoric. Time will tell.