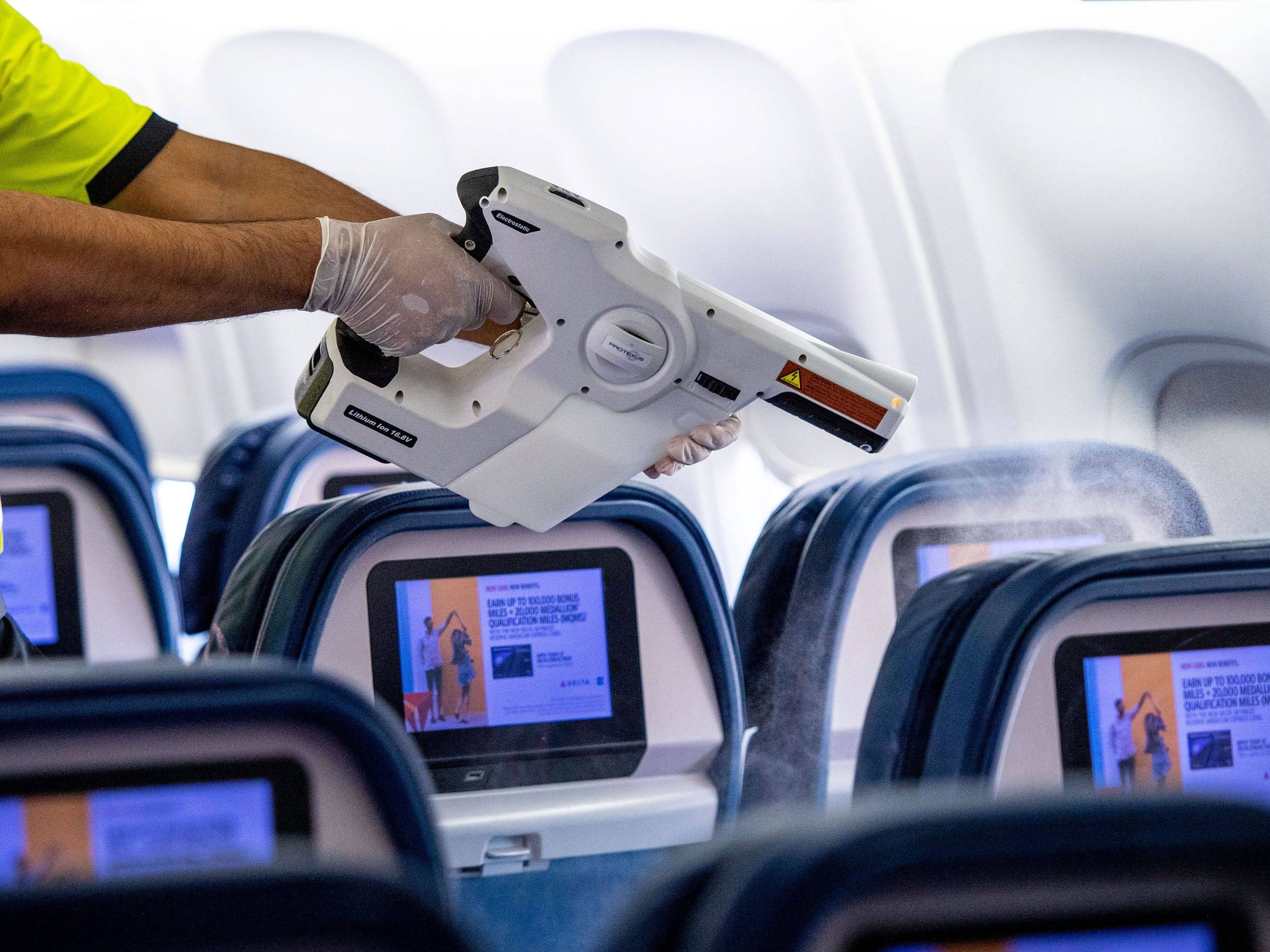 Airlines and Disease in the New Normal

The experts on TV have tackled a question occupying the minds of many anxious Americans worrying about their jobs: when will things get back to normal? If that means returning to the carefree days of just two months ago before the shutdown, the short answer is: hopefully never.

The coronavirus isn’t going anywhere; it’s just going to mutate, which it may be doing even now. We haven’t been able to eradicate other coronaviruses, like the one responsible for the common cold, nor have we been able to eradicate the seasonal flu, which constantly mutates, requiring new vaccines. It then follows that it’s folly to think about life without the virus, there’s only life with the virus and its future mutations and all the countless other microbes and their mutations.

So we shouldn’t hope for a return to “normalcy.” The old normalcy is what necessitated shutting down the world economy because of some pesky new bug. We don’t want to return to that normalcy, do we? Instead, there’ll be a “new normal” to live with. We had to adapt to a new normal after the 9/11 terrorist attacks, and we’re still being inconvenienced at airports by its new protocols. Another fairly recent new normal was that imposed by the AIDS epidemic, when we all learned that unprotected sex with strangers isn’t very bright (who knew?). The question should be: what will our newest new normal be like?

One sector of the economy that must adopt the new protocols of a new normal is aviation, especially international flights. Remember that Ebola, which makes our novel coronavirus look like the sniffles, was introduced into the U.S. via an international flight. “Patient Zero” in the AIDS epidemic was a flight attendant. And let’s not forget Richard Reid, the “Shoe Bomber,” who attempted to blow up an American Airlines jetliner en route from Paris to Miami.

On March 31, National Review ran “Coronavirus: The California Herd” by Victor Davis Hanson, whose must-read article addresses the considerable number of flights into California from China:

So given the state’s unprecedented direct air access to China, and given its large expatriate and tourist Chinese communities, especially in its huge denser metropolitan corridors in Los Angeles and the Bay Area, it could be that what thousands of Californians experienced as an unusually “early” and “bad” flu season might have also reflected an early coronavirus epidemic.

Hanson’s article advances the theory that because of the huge daily influx into California of Chinese nationals (all arriving by jet plane) that COVID-19 may have come to America earlier than thought, which allowed the residents of California to develop a herd immunity not seen in the rest of the country. If true, then the experts have misidentified the Patient Zero in this crisis.

On April 13, Hanson responded to critiques of his article, including one that ran at Slate. Hanson’s defense of his article may be even more interesting than the article itself, and it proves an object lesson in the need to do your homework before going after someone like VDH. (I don’t believe VDH provided a link to the Slate piece, so here it is.)

Whether this theory proves true or not, President Trump was right to halt flights from China back in January, and his ban should continue. Whether it’s international flights, like the 2017 travel ban, or foot traffic along the southern border, as in the 2018 caravans from Central America, Trump’s instincts seem pretty prescient. There were considerable cases of disease in the caravans, including tuberculosis, chickenpox, more exotic contagions, and possibly bubonic plague. Because Democrats wanted the caravans to be allowed into the country regardless of the diseases they carried, we’re lucky to have a president who is known germaphobe.

Time was when incoming peoples had to demonstrate their health with a sojourn at Ellis Island. But nowadays it’s easy to hop on a plane and fly all around the globe all the while infecting others. Just as new travel restrictions were imposed because of terrorism, we need to do the same for disease. And not only that, but terrorists can use airlines to deliberately spread disease and start pandemics. (That sobering idea, by the way, was treated in the flick 12 Monkeys.)

Since the genesis of COVID-19 seems to be interspecies infection, i.e. animal to human, the airlines need to end their abominable practice of allowing non-humans on flights, i.e. the so-called emotional support animals, like the “80-pound support pig [that] defecated in the aisle” of an American Airlines jet. It should be noted that pigs are cloven-hoofed creatures and susceptible to foot-and-mouth disease (FMD), which, although rare, can infect humans. Ranchers can be financially wiped out when entire herds must be destroyed due to FMD. Wouldn’t it be pathetic if unsuspecting ranchers introduced FMD to their livestock by tracking through pig feces on commercial jetliners?

For youngsters who may not know, Howard Hughes (1905-1976) back in his day was one of the world’s richest men and the head of TWA, the defunct Trans World Airlines. Hughes was an interesting dude, despite being a major germaphobe with raging OCD. Anyway, in the 2004 biopic The Aviator, actress Ava Gardner is helping Howard get presentable. After she shaves him, Howard looks down with pain and revulsion at his bathroom basin as his shaving foam and whiskers swirl down the drain, and he asks, “Does that look clean to you?” Gardner answers, “Nothing’s clean, Howard. But we do our best, right.”

Ava was right, everything is dirty. And not only that, it’s going to remain dirty. And things may get worse if we think we can return to the same normalcy that gave us this pandemic. It was a normalcy of carelessness, oblivious of the armies of invisible enemies all around us. We need to leave that normalcy behind. And we need to end this shutdown now and get back to work while we still have an economy to come back to.