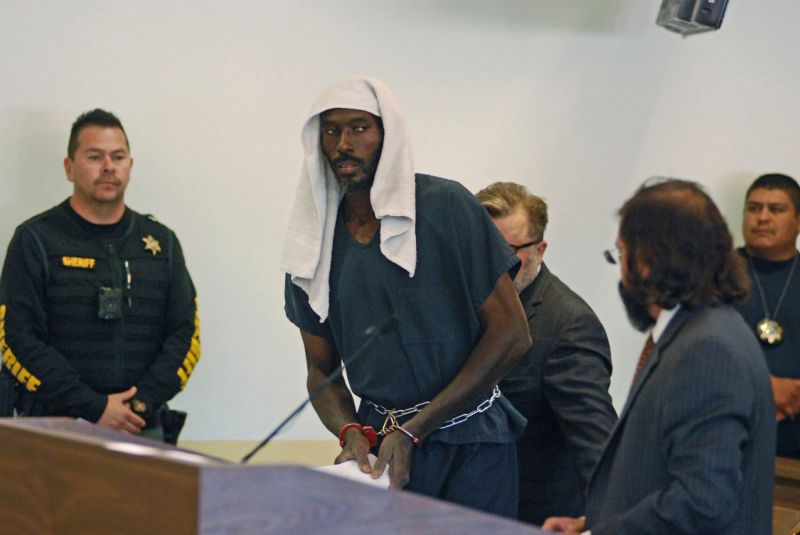 In a stunning decision, a New Mexico judge on Monday granted bond to 4-adults who were charged with 11-counts of child abuse each. The police, after initially looking for 39-year old fugitive Siraj Wahhaj and his kidnapped son, raided a compound in New Mexico last week. Along with Wahhaj, 11 malnourished children and one decomposed body were found in the filth riddled desert compound.

The compound was allegedly used as a Muslim training facility, for the sole purpose of training some of the starving children in the use of firearms – with the intent of committing a terrorist attack on an American school.

After several hours of testimony and overwhelming evidence being presented by prosecutors, activist Judge Sarah Backus somehow made the bizarre and convoluted determination to grant bail, saying the state failed to meet the burden of showing the suspects were a danger to the community.

The compelling evidence presented, aside from the obvious mistreatment of the children, was the physical evidence of the compound itself – which mirrored terrorist training camps found in the Middle East. The complex even had its own firing range.

The prosecutors also provided additional information to the judge from two of the older children, regarding their training in the use of firearms and tactical terrorist techniques. Moreover, a scribbled manifesto against law enforcement and other institutions was also found in the compound. The letter, written by one of the suspects, contained pleas to fellow Muslims to come to the compound and “die like a martyr.”

Even the FBI testified on behalf of the prosecution, allowing their agent Travis Taylor to take the stand and reveal his “sources and methods” in conducting his interview between the FBI and the two teens from the compound. The interview revealed that Siraj Wahhaj would lead rituals that included reading from the Quran and were centered on his epileptic son.

“During these rituals, per witness statements, the victim, Abdul (Ghani Wahhaj) would begin to choke and have white foam or slime come from his mouth and then pass out,” Taylor said.

According to Taylor, the children were led to believe that Abdul-Ghani Wahhaj “would become Jesus” when his demons were exorcised. He added that once the child “became Jesus,” he would instruct the others of the property or the family what corrupt institutions to get rid of.”

The defense attorney representing the suspects immediately turned the bond hearing into a debate regarding the suspect’s Muslim religion, tagging investigators as perhaps suffering from “Islamophobia.”

The attorney declared that there’s a “double-standard” where Muslims are concerned, stating that if the suspects were Christian and white, “we might not be here today.”

It’s noteworthy to acknowledge that Chief District Judge Sarah C. Backus graduated from the University of California, Hastings College of the Law, and was a Public Defender in the sanctuary city of San Francisco.

In a statement sent to KOB following the hearing, Gov. Susana Martinez said she “strongly disagreed” with the hearing’s outcome and Backus’s decision.

“Unfortunately, it highlights how extreme the New Mexico Supreme Court has been in dictating pretrial release for all kinds of dangerous criminals,” she said.