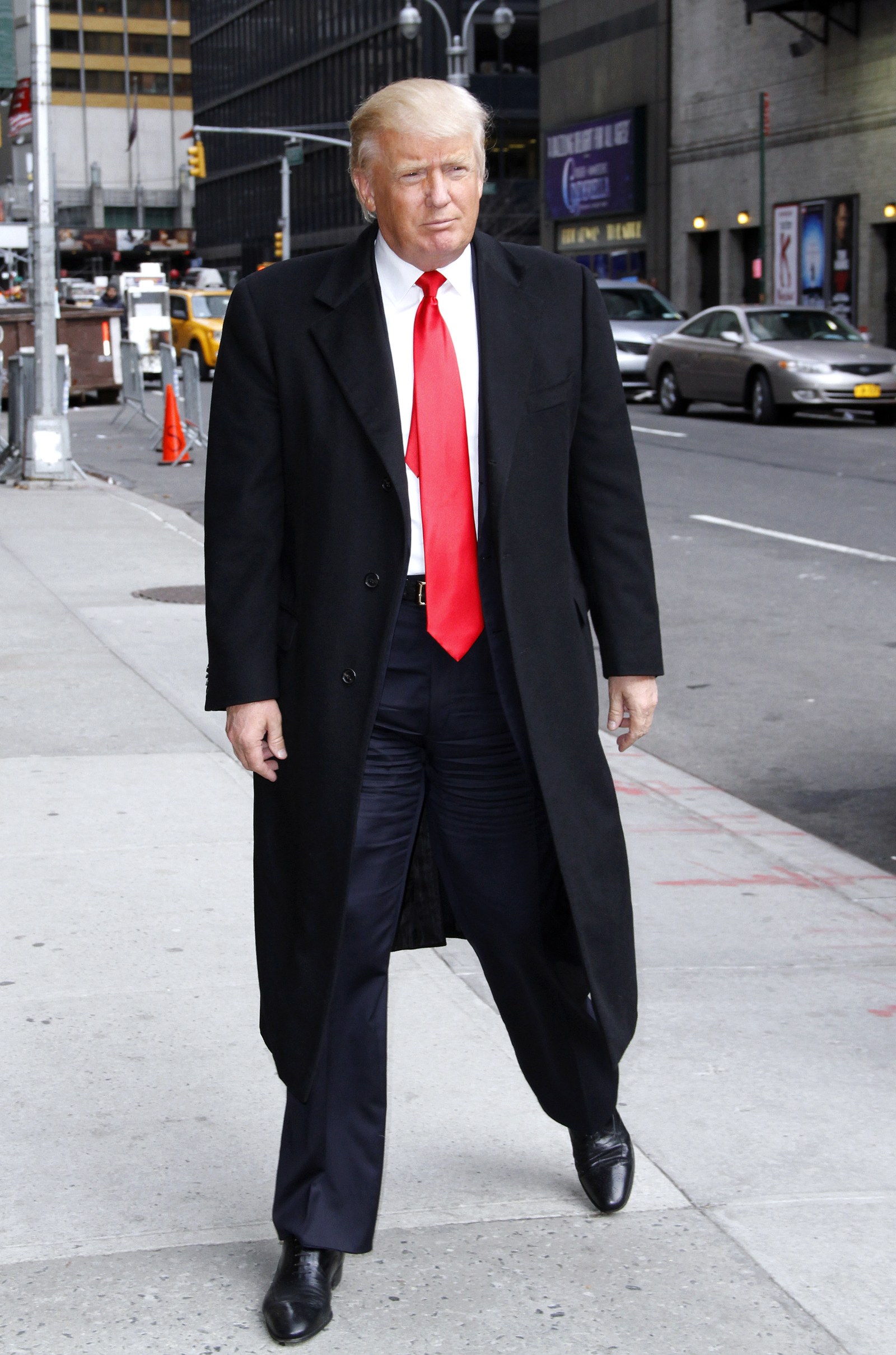 In my many decades of advising political candidates – and other public figures – how to manage their public images, I have always placed some importance on “looks.”  How you message and what you believe are very important, the appearance of a candidate can either reinforce or distract from a good public image.

Senator John McCain did himself no good by campaigning in tan pants and polo shirts.  He looked more like an Arizona retiree than the senior senator from that state.  On the other hand, President Obama, with his dark suits and sincere ties looked more like a President than McCain.  That was quite an accomplishment since every previous President was an old white guy –like McCain.  He just did not look presidential.

While I like Congressman Jim Jordan’s politics, I wish he would buy a suit – and wear it.  Yes, there are times that shedding the jacket can connect with voters – that is when it is an exception, like passing out cupcakes in a food line or flipping those pork chops at the Iowa State Fair.  But not all the time.  Not press conferences.  Not at hearings.

I am sure it is not accident with Jordan.  He thinks he is relating to the common man.  To me, he looks like a pocket-protector wearing manager of a used car dealership.  And even the average car salesman would have enough sense to put on a suit to appear on the hallowed floor of the United States House of Representatives.

Those with longer memories may recall how President Jimmy Carter would carry his suit bag as he disembarked from Air Force One.  There was even a joke going around that someone made Carter strain by actually putting clothes in the bag.

So, what about our current presidential candidates – starting out with our current President?

President Trump wears presidential clothes – and he looks good in them considering that he is a big fellow.  But of course, the most obvious attention-grabber is the hair.  It has detracted from his presidential persona.  Over the years, it has toned down a bit.  As President, Trump does not need an odd hair do to attract attention.

Of course, Trump cannot give it up now because it has been part of his signature look for sooooo long—and if he did, Congressman Adam Schiff would see it as an impeachable offense.

There are several candidates who are well suited for the Presidency – and I only mean that in the fashionista sense.  Certainly, Joe Biden.  He has carried that look for a lifetime.  His only appearance problem is his age – and fixing that would require a few more hair transplants and some television makeup.

Newbie candidate Michael Bloomberg is a clone of Biden fashion wise.  It is hard to imagine that he would ever take off his suitcoat in public – even to flip chops in Iowa.  Maybe that is why he is not going there.  He is about as old as Biden and shows it.

Millionaire Vermont Senator Bernie Sanders is also an old man, but he is going for a much different look than Biden or Bloomberg.  He dresses down and makes sure his hair is properly messed.  Most times he looks like he had the window open as he was driving down the highway.  Rather than a President of the United States, Sanders comes off looking more like a poli-sci professor at New York University.  There are times, however, his hair appears more coiffed — combed forward in little flat curls along the edge that make him look more like a senator in ancient Rome.

There is another guy who wants to portray an image apart from what he is.  Billionaire Tom Steyer is mostly seen in jeans and plaid shirts in folksy commercials – kind of a western rancher type.  He ends all his banal attacks on Trump with a self-satisfied smug smile – a lot like that kid in school who always had the teacher-pleasing answer.

Mayor Pete Buttigieg has the problem that he looks even younger than he is.  We still associate experience and wisdom with age – up to a point, of course.  Buttigieg looks like he should be running for College homecoming king.  (don’t go there.)  While he does go coatless a bit too often, there is not much he could wear that would make him look older.  He might have overcome the problem if he had become prematurely grey.

I know there are more male candidates, but they are so far down the polling list that it really does not matter what they wear.  No one is noticing.

So, what about the women?

With one exception, I give them all a perfect grade in the school of political fashion.  While their politics are liberal, the attire of Kamala Harris, Amy Klobuchar and Tulsi Gabbard is presidential conservative.  While Harris and Klobuchar are matronly stylish – and I mean that as a compliment – Gabbard’s get-ups are a tad sexier.  She wears it well.

Now I know that will be viewed as a sexist comment by the political correctness crowd, but I do not find anything sexy about the men’s choice in attire.  Maybe some yoga pants would do the trick. (God, I hope I can get that image out of my mind.)

While these women switch from dresses, business suits and pants suit, they avoid the image-killing pants suits worn by former presidential candidate Hillary Clinton.  But then, the former First Lady was never a clothes horse.

Of course, the exception in the current field of lady candidates is Elizabeth Warren.  Though she is among the multi-millionaire candidates, it is obvious she selects attire to project her “I’m just a humble schoolteacher from Oklahoma” image.  It is a wonder where she has found so many of those long frumpy sweaters.  Even Goodwill could not meet Warren’s demand.  Every time I see Warren, I cannot help but think of the bag lady character played by comedian Ruth Buzzi.

I did not forget Marianne Williamson, the love candidate,  it is just that she is so forgettable.  Whatever she wears, she looks like one of those women peddling aromas on the shopping channels.  Maybe she does.

I did not look at these styles as a fashion expert — obviously.  I cannot tell an Armani suit from an Army flak jacket.  I just look at the candidates in terms of the public image they project – or try to project – with a bit of humor that is so lacking in our current political discourse.  And you can bet that there will be folks out there who will not appreciate the humor.  You can identify them because they are wearing t-shirts emblazoned with political obscenities.