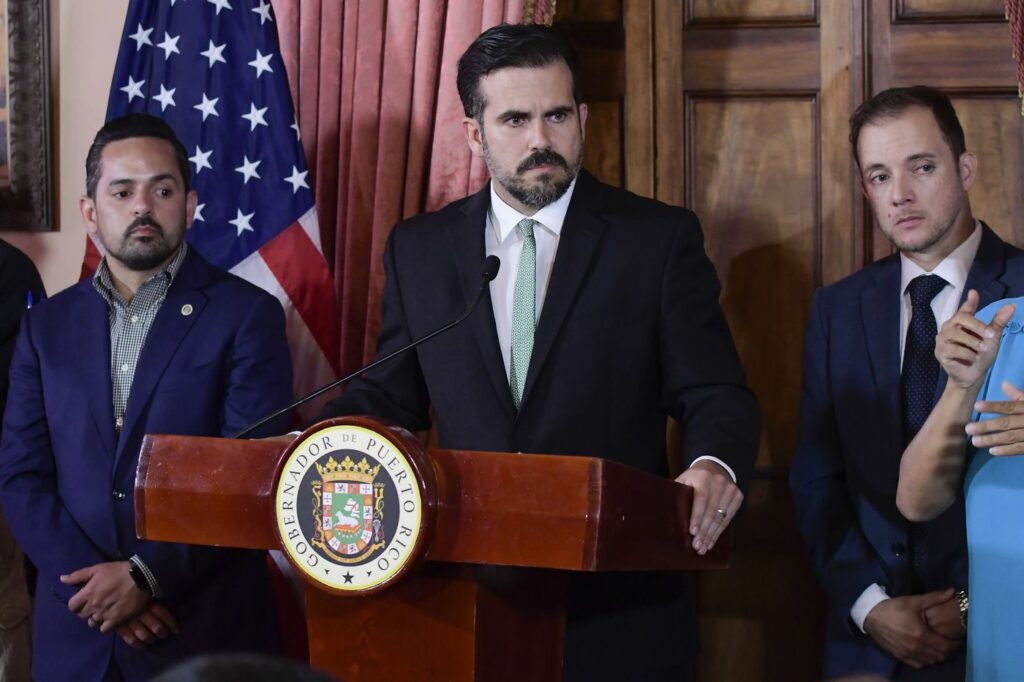 His resignation came only after days of protests calling for his ouster over a scandal involving leaked private chats, as well as corruption investigations and arrests erupted across the commonwealth.

Rosselló’s resignation, which will take effect on Aug. 2, was given on a recorded video published on Facebook. In the message, he touted what he considered accomplishments of his tenure, saying he fought corruption and made strides for different communities.

“My only North Star has been the well-being of my island,” he said.

Crowds in the streets, which for almost two weeks had been calling for the governor to step down, immediately erupted in joyous chants, cheering “Puerto Rico! Puerto Rico!”

“Ricky, te botamos!” (“Ricky, we threw you out!”) the jubilant crowd chanted after the governor’s announcement.

Rosselló is the U.S. commonwealth’s first governor to resign.

In his recorded message, he urged people to stay orderly. “What I wish most is peace and progress for my people,” he said.

Next In Line Doesn’t Want the Job!

Meanwhile, according to the Associated Press, Justice Secretary Wanda Vázquez, the next in line for the job, has said she doesn’t want it!

Vázquez said on Sunday July 28, that she does not want to assume the role of governor and has asked departing Gov. Ricardo Rosselló to appoint someone else to replace him instead.

By law, the island’s secretary of state would succeed Rosselló, but no one has been confirmed for that position since Luis G. Rivera Marín — who was involved in the same scandal that brought down Rosselló — submitted his resignation on July 13.

“I reiterate, I have no interest in occupying the position of Governor,” Vázquez said in a tweet on Sunday. “It is a Constitutional opinion. I hope that the Governor identifies and submits a candidate for the position of Secretary of State before August 2 and I have told him so.”

Puerto Ricans generally see Vázquez as an unfavorable replacement because she is seen as loyal to Rosselló. The hashtag #WandaRenuncia (or “Wanda, resign”) started trending on Twitter immediately after Rosselló’s announced that he would be resigning.