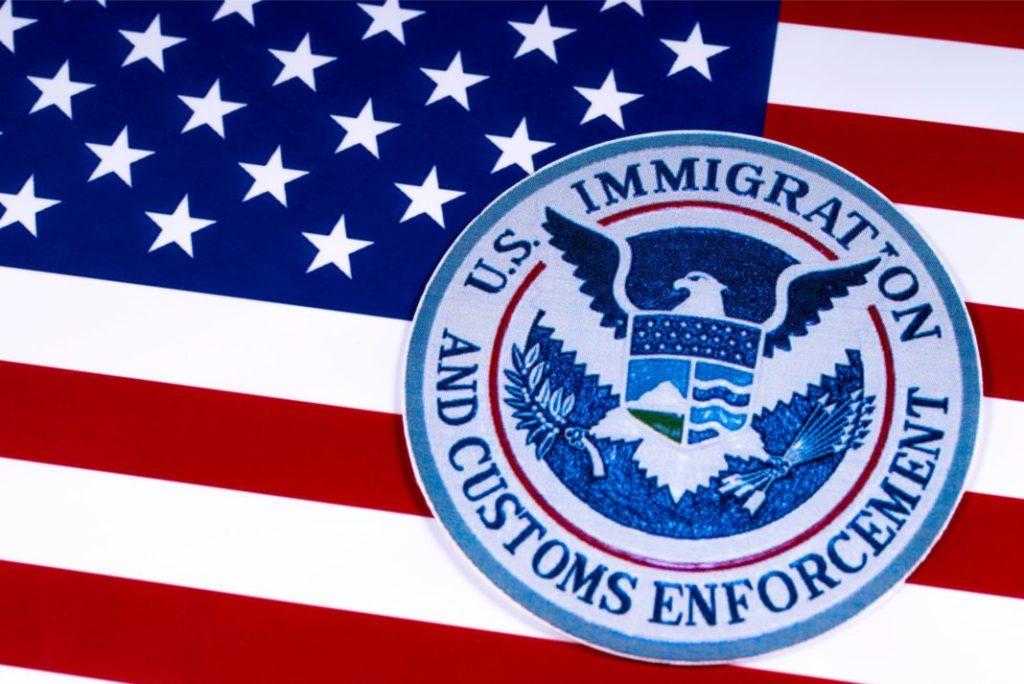 U.S. Census Bureau – Immigration responsible for half of the country’s population growth

Posted By: Patriots4Truthon: May 03, 2019In: America Great Again

According to U.S. Census Bureau data, immigration to the country is now driving nearly half of all population growth instead of increased birth rates among the native population.

The most recent Census Bureau estimates on the U.S. population show that around 48.5 percent of all population growth has been propelled by the country’s mass illegal and legal immigration policy which admits over 1.5 million foreigners into the country every single year.

Some have referred to this policy as ‘replacement migration’. However, the concept remains a source of controversy.

Even if the United States at one point was a nation of settlers like conservative author and columnist Ann Coulter purports, that’s quickly changing. The country is well on its way to truly becoming a nation of immigrants.

The population of nine percent of U.S. counties is growing almost entirely due to immigration, according to an analysis carried out by the Wall Street Journal. This means that nine percent of counties in the country have birth rates that fail to outpace the yearly number of deaths in the same area.

Similarly, over half of all population growth in states like Ohio, Michigan, Virginia, Kansas, Florida, and others, can be can be attributed to immigration, according to the same analysis done by the Wall Street Journal.

Although globalist politicians and media figures constantly tout that the United States and other western nations must admit millions of immigrants each year in order to offset declining birth rates, researchers have revealed that growing the immigrant population have an inconsequential impact on birth rates.

This year, in his latest study, Director of Research for the Center for Immigration Studies Steven Camarota found that, “immigrant fertility has only a small impact on the nation’s overall birth rate,” indicating that immigrants in the U.S. only raise the country’s birth rate by a mere two births per 1,000 women.

In the study, Camarota notes, “Immigration has a minor impact because the difference between immigrant and native fertility is too small to significantly change the nation’s overall birth rate.

“Immigration has a minor impact because the difference between immigrant and native fertility is too small to significantly change the nation’s overall birth rate,” Camarota noted in the study.

Although neoliberal globalist politicians and media pundits would have you believe otherwise, there’s absolutely nothing forcing the U.S. to rapidly increase its total resident population and foreign-born population. In the past, legal immigration moratoriums have been enacted so as to give new arrivals time to appropriately assimilate to the American way of life.

Pausing all immigration into the United States would work to stabilize the total population to around 329 million – right around where it’s at now – in the next 40 years. This way, the U.S. may be able to avoid some of the troubles that countries like Germany and Sweden have struggled with due taking in huge numbers of immigrants who remain unassimilated. 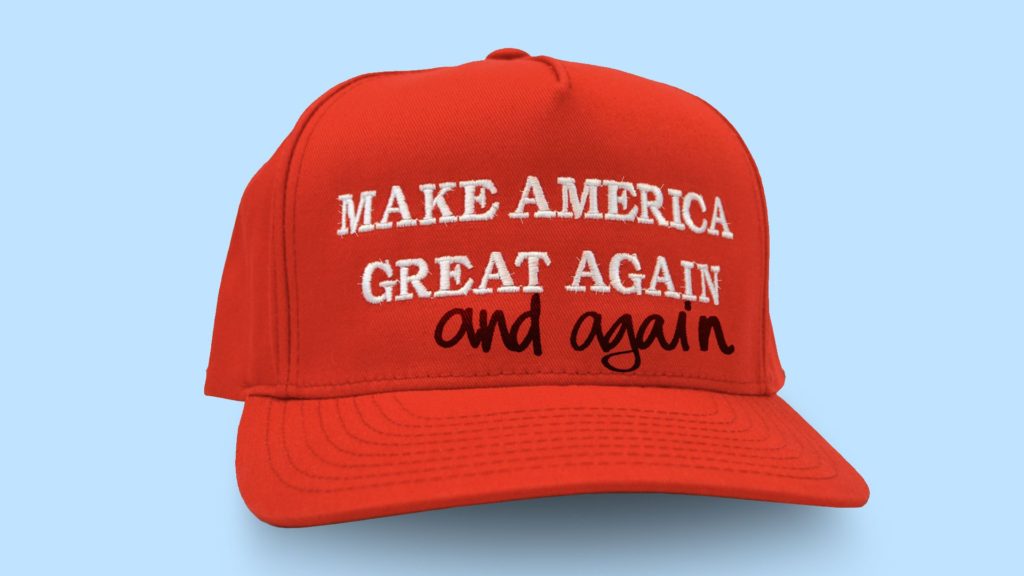 President Trump’s roaring economy may be an insurmountable wall to any Democratic bid for the White House in 2020.

So says, Howard Kurtz, a columnist with Fox News. “The economy is on fire right now,” Kurtz recently wrote, “and that, more than anything, could be a major boost to President Trump’s reelection chances.” In his column, Kurtz went on to say that the Democrats are having a hard time figuring out how to run against this steamroller at a time of 4 percent unemployment and soaring gains on Wall Street.

Of course, it is still a long way till Election Day, and anything can happen, but, the S&P and the Nasdaq have recently hit all-time highs, and the newly announced rebound in first-quarter growth, to 3.2 percent, trounced the market’s all-important expectations.

While we do face a hot-bed of other issues that have been dominating the news cycles such as, immigration, healthcare, and the Mueller report, the old adage of “it’s the economy stupid” still applies when it comes to elections, particularly of an incumbent president.

A President Trump coming into 2020 with a still strong economy will be very tough to beat, and the Democrats are feeling that as they struggle to come up with any kind of messaging that could overshadow Trump’s unprecedented economic successes.

Is a Strong Economy Enough for Trump to Win Reelection?

However, before you count your chickens, or in this case elephants, Kutz goes on to remind readers that a strong or rebounding economy is not always enough to garner reelection. He writes, “The flip side is that strong economic anxieties can derail a reelection campaign, even if the economy is recovering from a recession, as happened when George H.W. Bush lost to Bill Clinton in 1992. And the Wall Street meltdown in the fall of 2008 helped put Barack Obama in the White House.”

However, if most people are doing well economically speaking, this still presents real challenges for Dems on how to face-off against Trump. And they know it.

Democratic pollster Celinda Lake, recently told Politico, “We really don’t have a robust national message right now [on the economy].  “We will tend to talk about things like paid leave and equal pay, which are popular, but don’t add up to an economic message that is robust enough to win the presidency.”

Lake also said that people may not agree with Trump, but they know what his message is. “And Democrats, you don’t know what it is. And that’s a recipe for disaster in 2020.”

For now, most of the bloated field of Democratic hopefuls have done little but take broad shots at the Trump economy, with their usual messaging of “it’s not helping everyone.” But no one on the left is articulating any kind of definitive economic platform.

One of the reasons that no economic message is breaking through is that there are 20 Democratic candidates, each vying for a share of the spotlight. That would matter less in hard times, but the Democrats don’t have that luxury.

If “it’s the economy, stupid” is as true today as when James Carville coined it a quarter-century ago, beating Trump will be harder than many Democrats think. 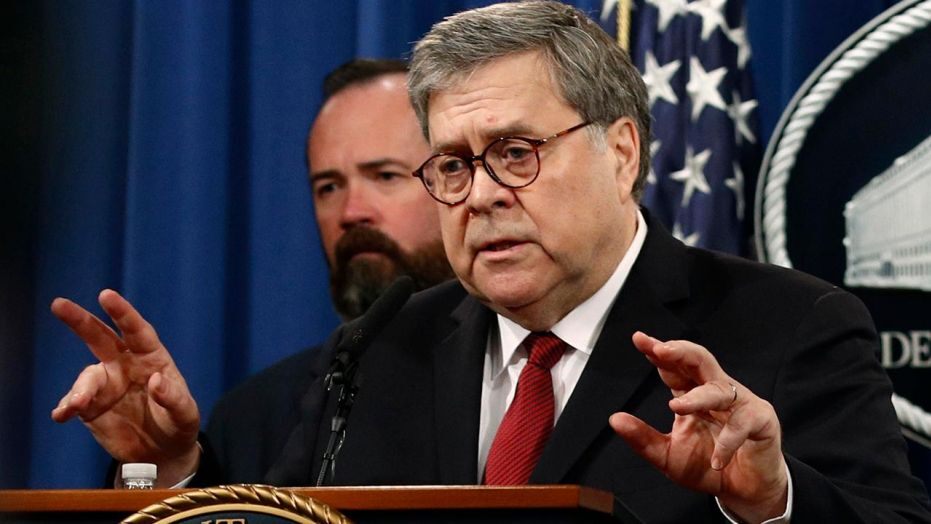 According to a breaking news story in The Washington Post, special counsel Robert Mueller wrote to attorney general William Barr on March 27, expressing his frustration at the way Barr was handling his report into Russian interference in the 2016 election, and possible obstruction of justice by the president.

Democrats are reportedly incensed by the reporting. On Tuesday, The New York Times first reported that the special counsel wrote to Barr saying he disagreed with the attorney general’s summary of its nearly two-year investigation.

Then, the Washington Post followed up saying in an article, “Days after Barr submitted his ‘principal conclusions’ on the investigation, Mueller wrote a letter saying he ‘did not fully capture the context, nature, and substance of this office’s work and conclusions.’”

“There is now public confusion about critical aspects of the results of our investigation,” the letter continued. “This threatens to undermine a central purpose for which the Department appointed the Special Counsel: to assure full public confidence in the outcome of the investigations.”

“We now know Mueller stated his concerns on March 27th, and that Barr totally misled me, the Congress, and the public,” Van Hollen added. “He must resign.”

Barr to Face a Grilling by Congress

These stories broke just hours before Barr is to begin two days of testimony before the Senate and House judiciary committees, where he is expected to face tough questions on the Mueller report and his decision-making surrounding it. These stories will surely be an issue.

However, DOJ spokesperson Kerri Kupec defended Barr’s action in the wake of the release of Mueller’s letter.

In a statement to Fox News, Kupec noted that Mueller had not faulted the accuracy of Barr’s summary, and offered more details on Barr’s actions.

“After the Attorney General received Special Counsel Mueller’s letter, he called him to discuss it,” Kupec said. “In a cordial and professional conversation, the Special Counsel emphasized that nothing in the Attorney General’s March 24 letter was inaccurate or misleading. But, he expressed frustration over the lack of context and the resulting media coverage regarding the Special Counsel’s obstruction analysis. They then discussed whether additional context from the report would be helpful and could be quickly released.”

Barr’s appearance before the Senate Judiciary Committee is expected to last more than three hours. The hearing will provide the attorney general his most extensive opportunity to explain the department’s actions, including a press conference held before the report’s release, and for him to confront head-on the partisan allegations that he has sacrificed his integrity to become the president’s protector.

Barr is also separately invited to appear on Thursday, May 2, before the Democratic-led House Judiciary panel, but the Justice Department said he would not testify if the committee insisted on having its lawyers question the attorney general, instead of members of Congress.